Redesigned Cas9 protein provides safer gene editing than ever before!

Gene editing is a group of technologies that give scientists the ability to change an organism’s DNA. These technologies allow genetic material to be added, removed, or altered at particular locations in the genome. Several approaches to genome editing have been developed. A recent one is known as CRISPR-Cas9, which is short for clustered regularly interspaced short palindromic repeats and CRISPR-associated protein 9. The CRISPR-Cas9 system has generated a lot of excitement in the scientific community because it is faster, cheaper, more accurate, and more efficient than other existing genome editing methods. 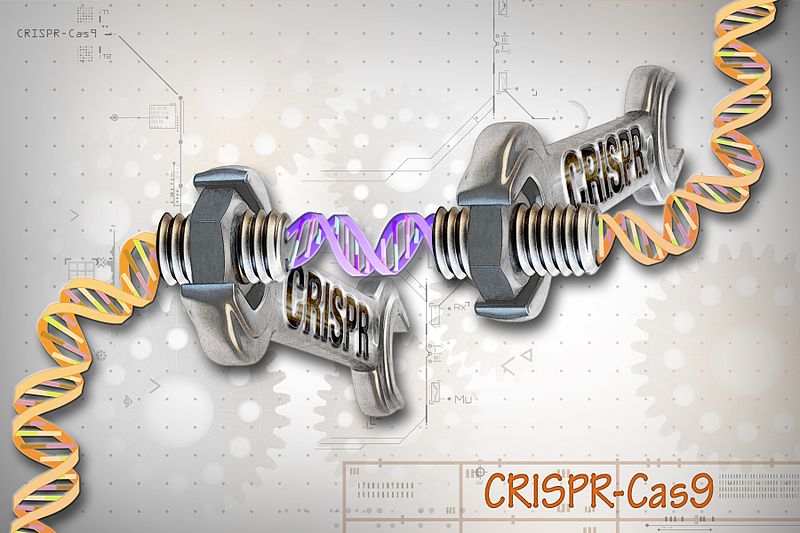 CRISPR-Cas9 Editing of the Genome

One of the challenges that come using CRISPR-based gene editing within humans is that the molecular machinery may sometimes make edits to the wrong section of a host’s genome. This is problematic because it creates the possibility that an attempt to repair a genetic mutation in one location in the genome could accidentally create a dangerous new mutation in another spot. Scientists at The University of Texas at Austin have redesigned a key component of a widely used CRISPR-based gene-editing tool, called Cas9, to be thousands of times less likely to target the wrong stretch of DNA while remaining just as efficient as the original version, making it potentially much safer. 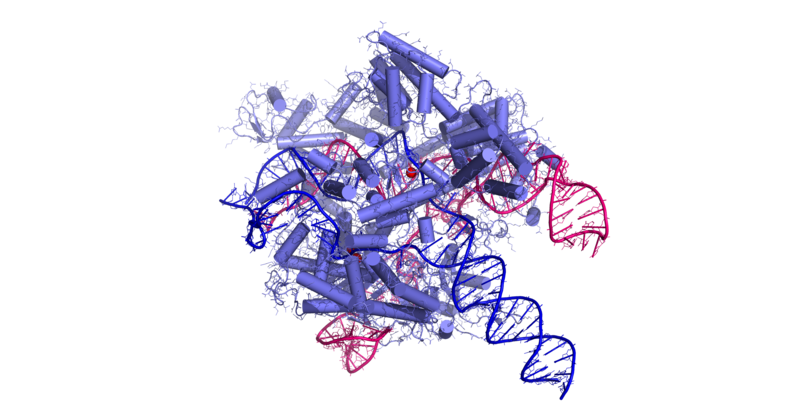 The CRISPR-Cas9 system works similarly in the lab. Researchers create a small piece of RNA with a short ‘guide’ sequence that binds to a specific target sequence of DNA in a genome. The RNA also binds to the Cas9 enzyme. As in bacteria, the modified RNA is used to recognize the DNA sequence, and the Cas9 enzyme cuts the DNA at the targeted location. Although Cas9 is the enzyme that is used most often, other enzymes can also be used. Once the DNA is cut, researchers use the cell’s own DNA repair machinery to add or delete pieces of genetic material, or to make changes to the DNA by replacing an existing segment with a customized DNA sequence.

Other labs have redesigned Cas9 to reduce off-target interactions, but so far, all these versions improve accuracy by sacrificing speed. SuperFi-Cas9, as this new version has been named, is 4,000 times less likely to cut off-target sites but just as fast as naturally occurring Cas9. Scientists say you can think of the different lab-generated versions of Cas9 as different models of self-driving cars. Most models are really safe, but they have a top speed of 10 miles per hour.

In my opinion, setting aside any and all ethical concerns, genome editing is of great interest in the prevention and treatment of human diseases. Currently, most research on genome editing is done to understand diseases using cells and animal models. Scientists are still working to determine whether this approach is safe and effective for use in people. It is being explored in research on a wide variety of diseases, including single-gene disorders such as cystic fibrosis, hemophilia, and sickle cell disease. It also holds promise for the treatment and prevention of more complex diseases, such as cancer, heart disease, mental illness, and human immunodeficiency virus (HIV) infection.

Is CRISPR the COVID-19 Cure?