Cuts, Scrapes, and Hair Loss a Thing of the Past! 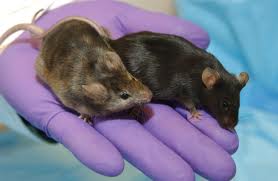 Can adults repair their tissues as easily as children can? A study currently conducted at Boston Children’s hospital is attempting to find the answer to this question. Researchers have found that by activating a gene called Lin28a, they were able to “regrow hair and repair cartilage, bone, skin and other soft tissues in a mouse model.”  The scientists found that Lin28a works by enhancing metabolism in mitochondria—which, as we learned in class, are the “powerhouses” of the cells. This in turn helps generate the energy needed to stimulate and grow new tissues.
This discovery is a very exciting one for the field of medicine. The study’s senior investigator George Daley said, “[Previous] efforts to improve wound healing and tissue repair have mostly failed, but altering metabolism provides a new strategy which we hope will prove successful.” Scientists were even able to bypass Lin28a and directly activate the mitochondrial metabolism with a small compound and still enhance healing. Researcher Shyh-Chang says of this, “Since Lin28 itself is difficult to introduce into cells, the fact that we were able to activate mitochondrial metabolism pharmacologically gives us hope.” Since it is difficult for scientist to actually introduce Lin28a into a cell, it might be easier to simply synthetically create a substitute and introduce that. Either way, I think this is a very promising discovery! What other uses can you think of for this discovery?