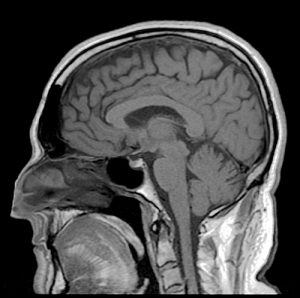 Researchers at the Tohoku University have recently discovered that weak connections in specific parts of the brain are connected to the incidence of post-traumatic stress disorder. The study will be able to help predict if a person is susceptible to PTSD just by looking at scans of a brain.

The scientists compared information from men and women who experienced the Japanese earthquake of 2011. Before the earthquake, the researchers had already scanned the students’ brains. This way, the researchers could compare the brain’s white matter before and after the traumatic event. The white matter is responsible for the connections and communication between various regions of the brain.

According to the researchers, “participants who had weak connections in the front, right section of the brain before the disaster were more likely to have high levels of anxiety after the earthquake hit.”

The new discovery will be able to help predict PTSD. Dr. Atsushi Sekiguchi, a researcher at the university, believes that the study will help the military predict “PTSD vulnerabilities” before the deployment of troops.

More research is needed before scans of the brain can predict PTSD. According to Sekiguchi, scientists now have to figure out the “threshold” that would mark a person as susceptible to PTSD. The study’s results can help prevent PTSD in the future by identifying people with PTSD vulnerabilities.

What do you think about this discovery?