You aren’t always that good 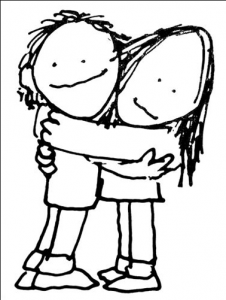 Have you ever been to an athletic event where everyone gets a trophy no matter how well they do?  This is done so kids will not feel like they are not as good as their peers.  It teaches kids that it doesn’t matter if you come in first or last as long as you try your hardest you will be rewarded.  This may not sound like a big deal but a recent study  has found that this undeserved positive reinforcement can actually lead to depression.

Young-Hoon Kim and Chi-Yue Chiu, two scientists from Singapore, conducted a research project that involved over 3,000 students from ages 12 to 22.  The students were placed into four groups.  In the first two experiments, two of the groups were given age appropriate academic tests and were asked to rate how well they thought they did compared to other participants their age.  The participants were then given a questionnaire that is used to measure depression .

The results show that students who rated their performance higher then it actually was were much more likely to feel depressed then those students who more accurately rated their performance.  This proves that falsely telling yourself that you are good at something does not benefit you. By telling yourself you are good at something that your not good at, you are actually making it harder for yourself to succeed.

We are taught from a young age that we will be rewarded for putting in a good effort and trying our hardest.  This is not always the case and can lead to us believing that we do not have to try hard to get what we want and our performance level may decline which could cause depression and low self-esteem.

Remember to be honest with yourself and those around you because even though you may think you are doing a good thing by telling others that they are good you could be setting them down a road to depression.  Honestly truly is the best policy.