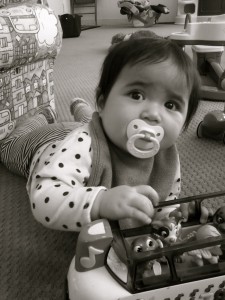 Photo Credit: By Me

Ever wonder why Justin Timberlake could belt it out or how come Usain Bolt is so fast? Well the answer’s pretty unexpected, but not too surprising: genetics. Now while genetic prowess is not the sole key to these superstars’ successes, recent studies have shown that certain genes are attributed to superior athletic performance and feel of rhythm.

Recent studies have show that babies are born something called beat induction, the ability to follow a beat. Prior to this study, it was thought that basic music skills like rhythm were solely learned or an offshoot of language. However, scientists were able to study two and three-day-old babies’ reactions to changes in rhythms and they found that babies brains experienced  a momentary disturbance, known as a mismatch negativity (caused by the failure of an expected stimuli to occur), when the beat changed. It was impossible that the newborns could have learned beat induction in a few days, so it was obvious that it is an ability passed down genetically. Beat induction is a relatively new genetic trait , one only found in humans; even our closest primate relatives do not have this skill. It is even thought that beat induction may have been an adaptation gained to help humans with conversational communication.

Geneticists have been doing more and more groundbreaking research about the connection between inherited traits that may cause offspring to be more athletic or suited for competition at a higher level. For example, in 2003 Australian geneticists identified a gene called Actinen A (ACTN3), which codes for a protein that helps build fast-twitching muscles and muscle fibers that move with greater force, thus speeding up leg movement. The more fast twitching muscles an athlete has, the better they are at burst energy sports like sprinting, football, and baseball. Recent reports show that 70% of Jamaicans have the ACTN3 gene, which could explain Jamaican sprinters like Usain Bolt’s success at the 2008 Beijing Summer Olympics. Similarly, Olympic swimming champion, Michael Phelps, may have also inherited advantages for movement in the water. Phelps has many characteristics commonly attributed to Marfan Syndrome. Marfan Syndrom is a connective tissue disorder that strengthens the body’s structures and could possibly explain how Phelps swims faster than any other human being. Researchers are also currently studying the gene which codes for slow-twitch muscle fibers that are advantageous for endurance sports. By identifying these genetically inherited advantages could radically change athletic competition, allowing athletes to create specific training regiments beneficial to their unique genetic composition. 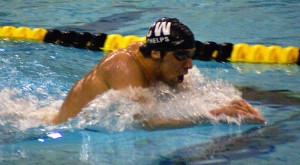 So research tells us that both beat induction (musical rhythm)  and athletic prowess can be inherited, but the question is how crucial are these inherited traits to success in a given field? What other factors like environment, mentality, mental endurance, or determination play into the molding of a virtuoso or olympian? What really makes a superstar a superstar?