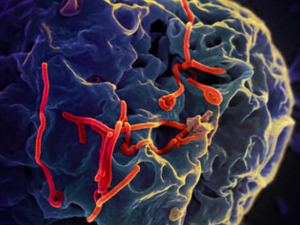 The Ebola epidemic in West Africa has captivated international audiences the last few weeks.  Ebola Virus Disease is an often fatal disease which is systemic meaning it attacks all organs and tissue in the body. It can be spread through any human to human contact, making this disease highly contagious. The countries of Liberia, Sierra Leone and Guinea have been heavily affected by this disease. On tuesday September 23th the Center for Disease Control (CDC) based in Atlanta Georgia released new projections on the Ebola epidemic in Africa based on computer modeling.  The CDC released a best-case scenario being that if proper measures are taken the disease could be eradicated by January 2nd and a worse-case scenario that if disease is left unmonitored and continues as is, there will be approximately 1.4 million cases by January 2nd.   Doctor Thomas R. Frieden, the director of the Ebola epidemic, has stated that since the data was received in August conditions have improved slightly due to increased aid to the affected regions. Another report was released by the World Health Organization (WHO) which stated more conservative figures but also acknowledged that there could possibly be more due to unreported cases. The WHO report brings about the idea that the epidemic may not end and the Ebola virus will perpetuate in West Africa. It is obvious to health officials, such as Dr. Jack Chow, that even in a medium case scenario the amount of hospital beds and aid are rapidly being surpassed by the number of cases. The CDC does acknowledge this impending lack of bed and isolation unit crisis. One solution to this problem is to educate citizens on home care and send home care packages to support this movement.  Although some are dubious, Frieden states that home care had been effective in the smallpox crisis in the 1960s in Africa.  In addition to homecare, Doctor D. A. Henderson explains that funds and food play a huge roll in the containment and elimination of disease because when you give victims money and food there is no need for them to beg or go out to the market for food where they might encounter other human contact. How should this epidemic be handled? Is homecare an effective solution? Where should money be allocated, homecare or hospital expansion?