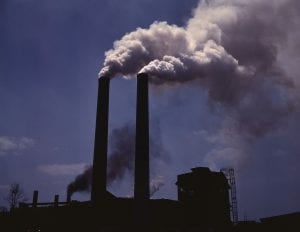 Children who grow up in areas with heavy air pollution have a higher risk of developing schizophrenia.

Research has shown that pollution affects physical health, but does air pollution also affect our psychological health? A study, which combines genetic data from iPSYCH with air pollution data from the Department of Environmental Science, reveals that children who are exposed to a high level of air pollution while growing up have an increased risk of developing schizophrenia.

“The study shows that the higher the level of air pollution, the higher the risk of schizophrenia. For each 10 ?g/m3 (concentration of air pollution per cubic metre) increase in the daily average, the risk of schizophrenia increases by approximately twenty per cent. Children who are exposed to an average daily level above 25 ?g/m3 have an approx. sixty per cent greater risk of developing schizophrenia compared to those who are exposed to less than 10 ?g/m3,” explains Senior Researcher Henriette Thisted Horsdal, who is behind the study.

The study included 23,355 people in total. Out of those people, 3,531 developed schizophrenia. Through the results of this research one can see that there is an increased risk of schizophrenia when the level of air pollution during childhood increases; however, the researches cannot comment on the cause. Instead, the researched emphasize that further studies are needed before they can identify the cause of this association.

Schizophrenia is thought to mainly be a result of genetics, brain chemistry, substance use, and exposure to viruses or malnutrition before birth. So, I think it is very interesting that exposure to air pollution during childhood may be a cause as well. Additionally, I hope that these findings and further studies become very useful to schizophrenia research and prevention, as schizophrenia is a very serious mental illness and there is no cure.