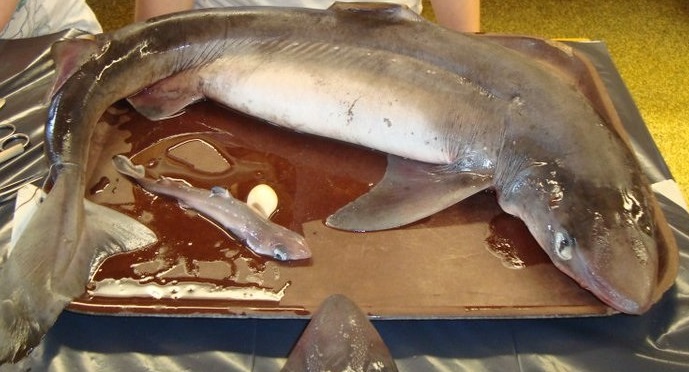 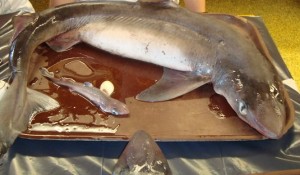 Sharks, thought of as being outwardly violent, are inwardly violent too. Sharks are generally resistant to viruses because of molecules their body have, especially a molecule named squalamine, discovered in 1993 from dogfish sharks. This molecule kills human viruses and can fight, kill, and prevent bacteria and cancer as well.  Squalamine can fight and treat a variety of cancers from the eye to the liver. Researchers believe this molecule can be a potential cure to HIV.

The way this molecule works relates to our current topic of study in AP Biology class. Squalamine sticks to cell membranes of various organs and blood vessels. By connecting with receptors on the cell, it prevents other proteins to be received by the receptor and enter the cell, proteins that allow viruses to survive.

This molecule is the reason sharks are so resilient towards various illnesses and can help humans become that way as well. It has been known that oils from their liver can be used as an anti-inflammatory and studies now show that one of their molecules can help cure liver diseases.  Shark oil is used in a very popular, over the counter anti-inflammatory medication used for arthritis, Chondroitin, that  contains shark cartilage. This discovery can help save millions of lives, but before you go and kill millions of sharks in the process, it might be a good idea to try to figure out a way to help humans and keep sharks safe, as well.