According to the legendary myth, boys are smarter in science, technology, engineering and mathematic fields due to biological deficiencies in math aptitude. Recent studies show that this is not true. A study, by Jessica Cantlon at Carnegie Mellon University, evaluates 104 young children by scanning their brain activity while watching an educational video. When the scans were compared, it showed that both groups were equally engaged while watching the videos and there was no difference in how boys and girls processed math skills. To further this study, researchers compared brain maturity in connection to skill, by using brain scans of adults who watched the same educational video. Which concluded that the brains scans in adults and children -of both genders-  were statistically equivalent. This study confirmed the idea that math activities, in both genders, take place in the intraparietal suclus, which is the area of the brain involved in processing numbers, addition and subtraction, and estimating. 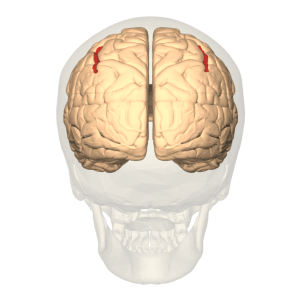 This is where the intraparietal suclus is located.

So, why are mathematic and computer science fields predominantly males? Well, it could be for the held stereotype that women and girls are biologically inferior at mathematics. This conventional image could also be linked to the fact that females were prevented from pursuing higher education until the 19th century. To show this unconscious bias, an Implicit Association Test was taken by employers. This test reveals an unconscious bias by forcing you to quickly group various words together. If the word man was immediately linked to math, then an implicit bias is shown. This study unveiled the prejudice that men were twice as likely to be hired for a simple math job since, men and women employers displayed a prejudice against women for a perceived lack of mathematical skill.