Night Before Test: Oh, I studied sooo much, I think I’m ready for the test tomorrow.

Right Before Test: Yes, I’m going to ace this thing! 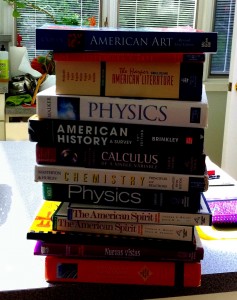 Some of us may not have the best studying techniques, but it’s not just us who tend to undermine the power of repeated studying.  A recent study by UCLA shows that “students not only underestimate the power of continual study and repetition, but that they tend to overestimate their knowledge of material.”

This was determined by performing a study using a large group of college students where they were shown a list of word pairs, and were asked to give an estimate of how well they knew the material and how well they would test if they studied the material regularly.  A a majority of the volunteers overestimated their abilities, but underestimated the fact that they’d do better if givern time and repeated exercise.

This study is also supported by current research by Nate Kornell, an assistant professor of psychology at Williams College and Robert Bjork of the University of California, Los Angeles.  In their paper they write: “To manage one’s own conditions of learning effectively requires gaining an understanding of the activities and processes that do and do not support learning.”

In psychology, this thinking about thinking is called metacognition.  Performing a similar experiment, Kornell and Bjork found again, that poeple are under confident in their learning abilities and overconfident in their memories.

Just as we’re getting ready to go to college (!!!), it’s important to note the power of studying on a regular basis.

Oh, hey there Stress -.- Here to cause some more damage?