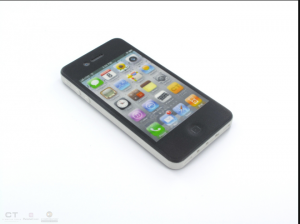 It seems like every year technology is becoming more and more advanced and phones and computers are becoming capable to do some pretty interesting and exciting things. What is the next thing that your touch screen phone smartphone will be able to do? Some people may find the answer shocking…diagnose your illness! A recent study shows that many people have previously believed that a “USB-stick-sized throwaway device called a lab-on-a-chip” could be used to send tests to a lab without leaving your home but Hyun Gyu Park and Byoung Yeon Won, two scientists at the Korea Advanced Institute for Science and Technology, think that they can take that technology one step further.

Park and Won believe that the super sensitive touch screens on your phone could replace the lab work that would be needed for the lab-on-a-chip device. Park’s idea is to take the lab-on-a-chip with the sample and press it against the phone’s touch screen in order to be analyzed.  The analyzation would take place in an app that would be able to tell whether you have food poisoning, strep throat or the flu just from a small drop of saliva placed on the chip.

Park and Won have begun to do tests on the touchscreen to see if they are able to help in diagnosing our sickness.  In order to do the tests, they took three solutions containing different amounts of DNA from the bacteria that causes chlamydia and put small amounts onto a touch screen the size of that found on an iPhone. They found that the touch-sensing electrodes on the screen were able to tell the difference between the solutions even with the smallest quantities. Park says that this is the first step to creating this new piece of technology.

While this technology is still many years off with many more modifications needing to be made, the development is exciting and the idea of a phone diagnosing an illness is something that would change the lives of many people. What will our iPhones be able to do next?