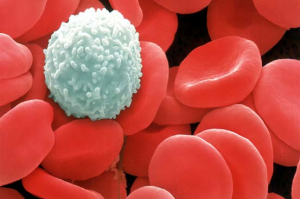 Leukemia has always been a tough form of cancer to combat. It is the leading cancer found in children and can also be found in adults. Leukemia “is a cancer of the blood or bone marrow (which produces blood cells). A person who has leukemia suffers from an abnormal production of blood cells, generally leukocytes (white blood cells).”

In this specific case, long island doctor Steven Allen had a patient with cell leukemia. Cell leukemia is a rare form of leukemia and usually has fatal results within 6 months. Recently Dr. Allen’s patient died after just three months after she was diagnosed.

Cell leukemia is rarely treatable because most patients have a genetic mutation in a gene called KIT. This gene refutes any type of drug that is typically used on patients with leukemia. The phenomenon about Dr. Allen’s patient in particular case is that she did not have this genetic mutation on KIT, but her body still would not accept any drug, which resulted in her early death.

With her death came two discoveries that were ground breaking in the cure for leukemia. Researchers at Cold Spring Harbor Laboratory have found two other gene mutations that refute the other drugs that have recently been studied as a cure for people with mast cell leukemia with a mutation on the gene KIT.

While Dr. Allen remains confident that this is going to change the direction of cures for leukemia, his colleague said “We must reallykeep in mind this was a single case study and we have to follow it up with many other studies.” These studies will help  “prove the mutations are present in other patients.”

What still confuses me is: if these mutations are the cause of mast cell leukemia, are there other mutations we have not yet discovered in all other forms of  cancer. If this be the case how do we know that the drugs we are using are not just a waste of time. Maybe it would be better for doctors to understand all gene mutations leading to each persons specific type of cancer before rushing into one form of treatment that has worked on others. Besides aren’t all humans different? 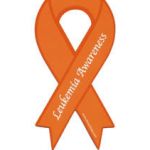