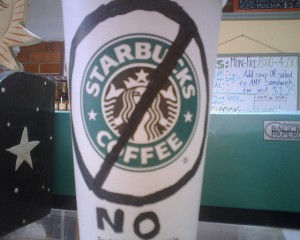 As we all know, the highly addictive drug, caffeine, found in our coffee, tea, soda, etc… simulates us. Many people use caffeine to stay a wake which works really well. But it also causes a build up of fatty acid in the blood, raises blood pressure,  stimulates the heart, respiratory system, and central nervous system, causes stomach to produce more acid, harder to digest food because muscles surrounding the intestinal system relax, increased urination, and many other symptoms.

Is caffeine more helpful or more harmful? And where does caffeine really affect our body?

Recently, scientist have been testing caffeine on lab rats to figure out which part of the brain caffeine stimulates the most. In the first trial, they gave the rats more caffeine than what a human would normally ingest. They then decided to use  smaller amounts of caffeine which affected the hippocampus. The hippocampus is part of the brain which allows for long term memory and spacial navigation. In humans, the hippocampus is located inside the medial temporal lobe. Damage to the hippocampus may cause oxygen starvation and/or amnesia. The rats received caffeine equivalent to two human cups of coffee which is two milligrams per kilogram of body weight. The scientists measured the nerve cell’s electrical messages but examining different parts of brain tissue.

The region that had the most response to the caffeine was called CA2. CA2 showed a burst of electrical energy, while other brain regions in the hippocampus showed no sign of stimulation. The then tested the rats giving a greater dosage which caused an even greater stimulation to CA2. After that the scientists directly injected caffeine into nerve cells in a dish and the results were the same as before. About 5 minutes of caffeine intake allowed for the synapses to stay amped for three hours.

The scientists believe that when humans use caffeine the same area, CA2, will be stimulated and may strengthen a persons ability to learn and memorize, but this is just a hypothesis since they only tested on rats. So you decide… is it helpful or harmful?