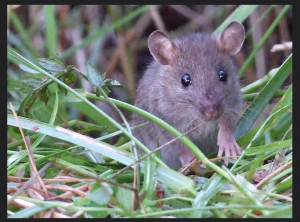 Whenever a person consumes healthier meals and therefore less calories, according to a new study on mice at the NYU Langone Medical Center, they could be lengthening their lives.

Using female mice, scientists fed one group of mice a diet of pellets containing a high amount of calories, while feeding another group of mice a diet of pellets containing 30% less calories. The hippocampus and the region surrounding it in the brains of the mice were then examined for expression of aging-genes throughout various stages of maturity. The results of the study, while not entirely applicable to humans, has shown that the mice that ate the lower calorie diets had less expression of aging genes and had less risk of chronic illnesses such as hypertension and stroke.

“The study does not mean calorie restriction is the ‘fountain of youth,’ but that it does add evidence for the role of diet in delaying the effects of aging and age-related disease.” Stated Stephen D. Ginsberg, a researcher involved with the study. The study examined more than 10,000 genes related to aging, which is a much larger amount than that previously studied by researchers. While the study was performed on mice, the results could be similar in humans, and the researched performed by Dr. Ginsberg and others should serve as a warning for our ever-indulgent world of fast food and high caloric intake.