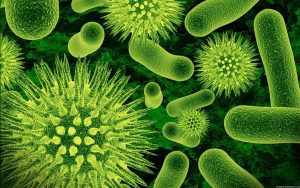 Viral DNA. Sounds like something awful, but it isn’t. One type of viral DNA called endogenous retroviruses is something that can be passed down from generation to generation.

Recently a new protein, called Hemo, in the veins of pregnant women has been discovered. This protein is believed to be made by the fetus in the placenta. But, the effect of it is unknown. The cause of this is a gene from a virus that was formed more than one hundred million years ago. In fact, human DNA consists of 100,000 pieces of viral DNA. But, it is unknown exactly what the effect of viral DNA has overall.

Some are good as they protect from disease while others are believed to cause cancer. So, is it believed that Hemo is good or bad? Well, one theory is that it is a message from the fetus to the mother that dampens the mother’s immune system so that it does not attack the fetus, which is good. But, any mutations of Hemo could be harmful or even fatal. Other viral proteins play a role in the development of a fetus. Such as how viral proteins help embryos develop tissues. Early embryos may have come to depend on tricks that viruses once used to manipulate them. Scientists are currently trying to find out more about the topic themselves