In a study published by the Nature Structural and Molecular Biology, researchers have found that bacterial exposure is a potential environmental risk factor, leading to the development of Celiac Disease. Scientists believe that this discovery can lead to diagnostic or therapeutic approaches to the illness.

Celiac Disease affects about one in 40 Australians and about half are born with about one of two genes that cause the disease. People suffering from Celiac Disease must follow a strict non-gluten diet, as any amount of gluten can trigger health problems. Scientists have known for a while that environmental factors trigger Celiac Disease, alongside the genetic predispositions, but were unaware of exactly what the environmental causes was. 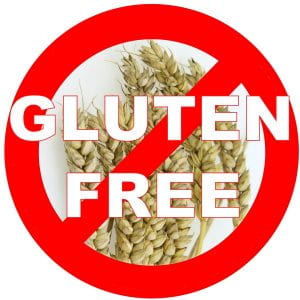 People who suffer from celiac disease must follow a strict gluten free diet.

To conduct the study, researchers showed how, at a molecular level, receptors that were isolated from immune T from Celiac Disease recognized pieces of protein from certain bacteria that mimic gluten. The results showed that exposure to such bacteria may play a role in the recognition of gluten by the same T cells when individuals with a predisposition eat any amount of gluten. Thus, the individual’s immune system reacts to the bacteria molecules and, in doing so, develops a reaction to gluten molecules because to the immune system the molecules are identical.

With these results researchers have now linked microbial exposure as a possible environmental risk factor for Celiac Disease through a molecular foundation.

The results of this study is extremely important as it can lead to new search in Celiac Disease and possibly new methods of prevention!