Can extinct animals be resurrected?

Recently the CIA has been looking into “resurrecting” extinct animals, specifically Mammoths. Colossal Biosciences, a company based in Texas, believes they can genetically engineer the mammals’ DNA. Although it would be virtually impossible to bring Mammoths back from the dead, their goal is to insert their distinctive traits into present-day Elephants. For this process, scientists need to use “CRISPR,” a method used to replicate gene sequences. According to MedlinePlus, CRISPR “is a group of technologies that give scientists the ability to change an organism’s DNA…and allow genetic material to be added, removed, or altered at particular locations in the genome”. While some scientists are for this idea, others believe it is impossible and the time and money spent could be allocated elsewhere. Ben Shapiro, a professor of ecology and evolutionary biology at the University of California, stated “The biggest misconception about de-extinction is that it’s possible.” Even if scientists were able to collect preserved DNA from the animal, it is nearly impossible to replicate them using technology.

All animal cells need oxygen, food, and water, so when they are deprived of it, they die. Cells consume these through a process called endocytosis. Endocytosis is a process in which cells pull substances from the outside and then engulf them in a vesicle. Without this process, not only would the cell die, but so would all of its contents. DNA is the cells “carrier of genetic information“. DNA itself is very fragile, and under no circumstances will it survive from the extinction of the Mammoths to the present day. Ancient DNA, such as the ones we have from Mammoths, has gone through many environmental issues. Elements such as sunlight, water, and heat can accelerate the DNA degrading process. Unless very well persevered by freezing and sealing it, the DNA will not be functional. The rupturing of cells, when dead, release nucleases causing damage to DNA. Although “bringing back” the Woolly Mammoth would be a great scientific revelation, it seems infeasible due to the inner workings and preservation of the cells. 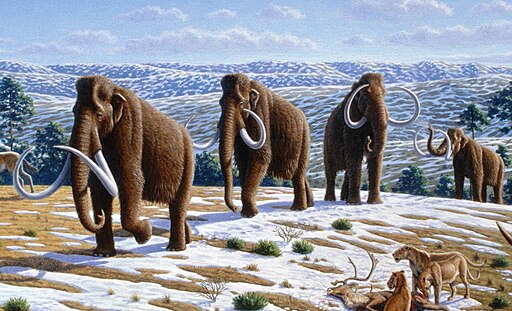 What is Marburg Virus and why is it so fatal?

Know Someone addicted to Opioids or Painkiller? This Biomedical Advancement May Be Able to Help.