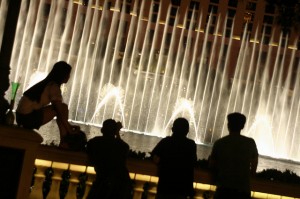 How would you feel if you discovered that your doctors may have found a real fountain of youth?  Well thanks to researchers at the University of Pittsburgh that could someday be a reality.

Dr. Laura Niedernhofer and her fellow researchers have discovered a way to slow down aging, for mice at least.  To conduct their experiment the researchers bred a line of mice with progeria, a disease found in chickens that rapidly increases the aging process.  Normally once a mouse contracts this disease they have only a few days left to live.  After the addition of stem cells as well as some progenitor cells (a similar type of cell) the mice survived up to 66 days.

Now don’t worry its not only some rare poultry disease that this study shows help for.  Mice with mild cases of progeria showed geriatric symptoms similar to those that older humans show, weak leg muscles, walking hunched over and trembling and saw a dramatic improvement.  In fact 75% of the symptoms the mice were experiencing were relieved with only two injections of the stem cell mix given over a period of a few weeks.  Imagine if 75% of an aging human’s symptoms could find relief!

These mice also appear to be showing evidence that the new stem cells didn’t replace their aging stem cells but rejuvenated them as they saw improvement in the brain’s of these mice although the stem cell mix was injected into each mouse’s stomach.  It’s too soon to tell if this stem cell therapy will be able to help humans, but if it did we may have found a real fountain of youth.