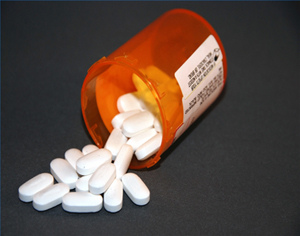 Depression is a major psychiatric disorder in the United States, affecting about six percent of the population. However, antidepressants in common use such as selective serotonin reuptake inhibitors (SSRIs) and other drugs have only flimsy evidence to support their efficacy. Recent studies suggest that positive results with these medications may be the result of the placebo effect rather than an effective treatment. Critics of current remedies for depression point out that they aren’t linked to observed deficiencies in certain hormones affect mood.

Scientists at the University of California Los Angeles Semel Institute recently discovered a new chemical, a peptide called hypocretin, directly linked to happiness and alertness. In their study, the scientists monitored patients undergoing treatment for severe epilepsy. “Piggy-backing” on the implanted electrodes from the patients’ treatment, the team monitored levels of hypocretin and MCH (or melanin concentrating hormone) throughout the day at 15 minute intervals. Notes of the patients’ activities were made simultaneously. Patients answered a questionnaire asking about their mood every hour they were awake. In analyzing their data, the scientists discovered that hypocretin was highest when patients experienced “positive emotions, anger, social interactions, and awakening.” In contrast, the MCH was highest during sleep lowest when hypocretin was high.

According to Professor Segel of the Semel Institute, who led the team that made this discovery, “The findings suggest that abnormalities in the pattern of activation of these systems may contribute to a number of psychiatric disorders.” Chemicals that counteract hypocretin are already being developed as sleeping pills, and hypocretin could provide the foundation for a new kind of antidepressant.