How Old “Chewing Gum” Allows Us To See Into The Past 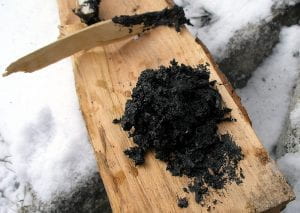 Above is a picture of birch pitch

In a recent study conducted by the University of Copenhagen, scientists have discovered a complete human genome extracted from a sample of old birch pitch “chewing gum”. 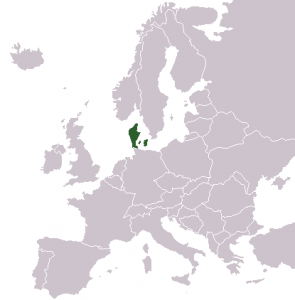 Denmark is colored in green in the map above

While excavating in Lolland, and island in Denmark, archeologists found a sample of 5,700 thousand year old birch pitch sealed in mud. Since the sample was sealed in mud, it was preserved very well. The birch pitch was found in a place called Syltholm, a site where many past archaeological finds have been made.

Why is this Discovery Important?

This is the first time a complete ancient genome has been extracted from something other than a bone sample. Samples of oral DNA as well as other human pathogens were found which are very important finds due to the fact that there are no other human remains left from that time period. From the initial birch pitch sample, scientists could figure out that the person who chewed the birch pitch was a female who most likely had dark hair, dark skin, blue eyes, and was genetically related to hunter-gatherers.

Scientists also made bacterial discoveries. Bacteria that come from oral microbiomes were found which allows us to also study the diet and microbiomes of  the people living 5,700 years ago. Scientist Hannes Schroeder says that studying these DNA samples will help us understand ancient microbiomes as well as the evolution of human pathogens.

I think it is interesting that so much information could be uncovered from a sample of ancient tree bark tar. What do you think?