Every since we were little we have been told that plants are a source of food and energy created by photosynthesis.  Humans eat plants and we eat animals that eat plants.  This is how energy is passed on, but what if I told you there was a way to get energy not from plants but from gas?  Seems kind of gross, right?

Michael Le Page wrote an article on the biotechnology company, Calysta, that has been working to use natural gas as forms of food for different animals.   They experiment with creating feed for farmed fish.  The process of creating this feed requires microbes that are put in a big area with methane.  Microbes feed off the methane and convert the digested methane into energy.  At the biotechnology company they specifically used a type of bacteria called Methlyococcus capsulatus which feeds off of the methane.  This process releases energy that can then be combined with other molecules to create food.  What is the point of this process?

This process of creating energy and food in a different way compared to photosynthesis has both positive and negative effects.  The reason for preforming such a strategy is to decrease a demand for land use (for example all of the farms used to grow plants and other crops), and to lower the amount of water used.  Another positive is the way in which methane is being used to create this feed.  Normally, in order to rid of methane it is just burned, but the way in which it is used for microbes to feed on it is much more productive and less wasteful.  Methane is a green house gas and is bad for the environment.  Instead of just burning it these studies have shown that it can be a useful source of food.  On the negative side using methane gas to produce energy results in the emission a lot of CO2.  CO2 is a also a greenhouse gas that increases the earths temperature, and adds to the problem of global warming. 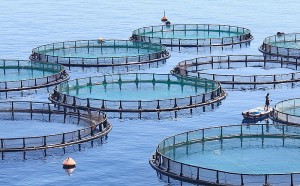 This process of creating feed when microbes convert methane to food has been pretty successful; some farm animals are eating this feed.  You never know, maybe one day humans will be eating food made from natural gases.  It really depends on where the world puts its priorities due to both negative and positive outcomes of the process.  What do you think is our most important priority?  Should factories go ahead and make this feed, despite the high levels of CO2 released?