Cocaine, known as “the caviar of street drugs”, is expensive and has “powerful, negative effects”. Roughly 25% of americans between the age of 24 and 36 use or have used cocaine. Despite the dangerous effects of cocaine, After marijuana and amphetamines, cocaine is considered to be the most widely available drug on high school and college campuses in the United States. In 2002, there were 212 hospital admissions for cocaine abuse per 100,000 residents aged 12 or older in New York. Because cocaine use is so prevalent, it is important to raise awareness and to help addicts stop using. 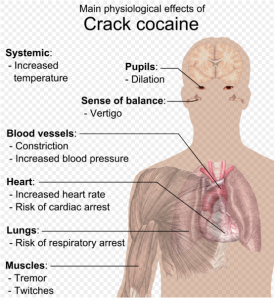 What happens when you snort cocaine?

The cocaine quickly enters the bloodstream and travels to the brain. In the brain, cocaine interferes with neurotransmitters. Cocaine blocks norepinephrine, serotonin, dopamine, and other neurotransmitters from being reabsorbed. The resulting chemical buildup between nerves causes euphoria or feeling “high.”

Long term use of cocaine can prevent neurotransmitter to be released naturally in the brain. This means the only way to feel good is to do cocaine again. It is estimated that there are 200,000 people in the united states addicted to cocaine.

Stopping the use of cocaine is a painful and even harmful experience for addicts. However, recent studies have indicated that there may be a fast track to addiction recovery.In addicts, the drug compulsion can be blamed on a group of “sluggish neurons” that rely on drugs to be stimulated. In drug-addicted rats, the drug compulsion was eased by a laser stimulated those affected neurons.

This experiment seems to partially solve the issue of cocaine addiction. Laser therapy could make the withdrawal of cocaine a much more doable process. However, there is still part of the problem to address: relapse. Most previous addicts relapse when they are surrounded by users. this is because the sight of cocaine triggers the memory of the euphoric high they used to experience on cocaine.

Why We Love Music

With Summer Around the Corner, Will You Keep An Eye Out to Protect Your Skin?