What is Ocean Acidification and How Does it Affect Sea Life?

During Climate Change the amount of carbon dioxide (CO2) in the atmosphere increases which also increases the amount of CO2 in the ocean. This CO2 which dissolves in the ocean combines with water to create carbonic acid. This added acid lowers the pH of the water which therefore acidifies the seawater. When the pH is lowered, the acid harms organisms like coral or other calcium-based structures because the acid starts to break down their calcium. 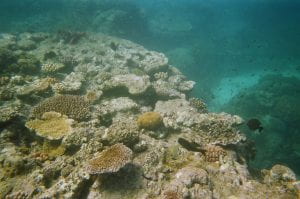 How Does This Affect the Sharks?

If you look closely at most fish you will see that they have flat scales but Sharks, on the other hand, have scales that resemble teeth and are called denticles. Unlike other fish, Shark denticles cover their entire bodies and influence the way they swim. The denticles on Sharks are also made up of compounds containing calcium which is sensitive to a lower pH. Sadly because of this Sharks like corals will suffer from the effects of Ocean Acidification.

Shark Denticles under a Microscope

The article by the Heinrich-Heine University Dusseldorf focuses on the study which was performed by the research team from two South African research institutions the University of Duisburg-Essen and Heinrich-Heine University. They studied both puffadder shysharks who live on the bottom of the Atlantic Ocean off the coast of Cape Town and ones who lived in the DAFF Research Aquarium in Cape Town. For several weeks the researchers kept one group of sharks in a controlled seawater environment and another group in acidic water. After this time the researchers compared the denticles of these two groups and noticed that on average about 25% of the acidic water shark’s denticles had been damaged while in the controlled group the percentage was less than 10%. The acidic group’s denticles were damaged where it affected their ability to swim. Furthermore, Shark’s teeth are made of a similar compound to their denticles so the acidity also affected their food intake. 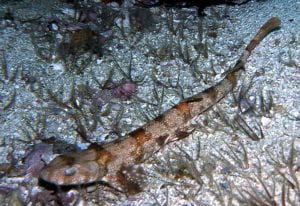 How Are Sharks Combatting

Researchers continued their study and analyzed the blood of the animals in the acidic and normal environments. They discovered that the blood of sharks in the acidic environments had higher concentrations of both CO2 and bicarbonate. Interestingly, as sharks have more bi-carbonate in their blood this prevents the blood from becoming too acidic. This shows that sharks have acid-base regulatory processes for adapting to environmental changes. Although Sharks have a way to combat these changes not all animals have ways to protect themselves. So as more climate changes issues happen it is vital that we as humans are aware of the harm and strive to find ways to reserve its effects.