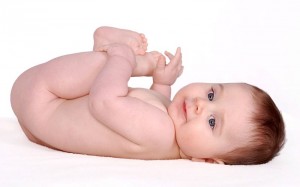 In a recent article published, it is said that baby’s weak immune systems are  good because they let in good bacteria. A recent study suggests that babies are deliberately vulnerable to bacterial infections in the months after birth. This vulnerability allows good microbes to enter the baby’s gut, skin, mouth and lungs. Perhaps we could use this system to treat infections in infants and change the way babies are vaccinated.

To test this theory that the weak immune systems let in good bacteria, scientist Sing Sing Way proposed a experiment. Coming from an infectious-disease background, the pediatrician from Cincinnati Children’s Hospital used mice to test this theory. He compared the immune cells in week-old mice to those in adult mice. The younger mice had a higher proportion of red blood cells. With this, he found that these cells suppress the immune response by making the enzyme arginase.

Sing Sing Way then gave the young mice antibodies that removed the red blood cells and stopped the production of arginase. When infected with Listeria Monocytogenes the mice’s immune systems fended off the bacterium. However without the arginase, the mice’s intestinal cells became inflamed. Ofer Levy, from Boston Children’s Hospital, concluded that reducing the inflammation must be the body’s reason for initially suppressing the immunity- “If there were no mechanisms to dampen inflammation, the newborn would fall apart”. What do you think of Levy’s conclusion and this new study?