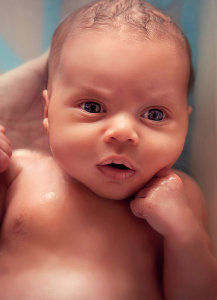 What would you do if your newborn baby had been HIV positive? Well this sad truth was given to more then 330,000 parents last year alone. Up until now there had never been a way of curing infants with this deadly disease, but due to a new radical treatment there may be hope for these babies. Thanks to Dr. Deborah Persaud this is now a possibility. She had a patient whose baby had been born with HIV. After the child had only been alive for about 30 hours her team started an aggressive treatment with antiretroviral drugs. After months of nonstop treatment the baby was no longer HIV positive. Dr. Deborah said,”It’s proof of principle that we can cure H.I.V. infection if we can replicate this case.” Although this is a breakthrough case for HIV doctors, there are still some people who are suspicious of the results. Dr. Daniel R. Kuritzkes, chief of infectious diseases at Brigham and Women’s Hospital in Boston, was quoted as saying, “The one uncertainty is really definitive evidence that the child was indeed infected.” One hypothesis of way the treatment worked for the child is that the drugs killed off the virus before it could establish a hidden reservoir in the baby’s body. One reason older people cannot be cured now is that the virus hides in a dormant state, out of reach of existing drugs. When drug therapy is stopped, the virus can emerge from hiding. Although HIV is far from being cured altogether, this new information and research is a step in the right direction of a world where no one has to die of HIV or AIDS.

For more information on this subject please visit: http://www.nytimes.com/2013/03/04/health/for-first-time-baby-cured-of-hiv-doctors-say.html?pagewanted=1&_r=0&ref=science