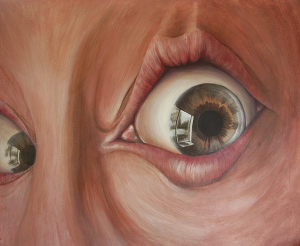 Last year while doing a practice SAT reading section, I came across a story about a condition called synesthesia. If you have never heard of it before, you’re not alone. Synesthesia is a very rare, sense-mixing condition in which people taste colors or see smells. Sounds crazy, right? According to studies, 3% of the world population claim that they experience some form of synesthesia. I couldn’t believe it! I didn’t understand how people could taste and see intangible things.

A recent study shows that there is a pattern among people who have the condition that close family members have similarly entangled senses. Scientists have examined several genes to see which ones contribute to the phenomenon. Scientists hope that the uncovering of the condition’s genetic basis might reveal why it occurs and potentially help develop cures for similar neurological diseases.

The study, led by neuroscientist David Eagleman, studied a region of chromosome 16, the chromosome believed to hold the gene responsible for synesthesia. Eagleman and his colleagues believe that a defect in this gene may blend connections in the brain, leading to insufficient regulation of the brain’s neural bridges. David Brang from the University of California, San Diego explains, “It could be that everyone is born with global connectivity in the brain, and over time most undergo a refining process.” Another theory proposes that synesthesia is caused by a shift in the brain’s balance of chemicals. This hypothesis is supported by the fact that people can have synesthetic experiences if they take hallucinogens.

Eagleman believes that the continued study of synesthesia could more clearly illustrate how genetic changes affect changes in brain function. Finding more information about synesthesia can help uncover how different brain areas interact with each other. The discovery of neurological networking problems could also help find cures for or advancements in other degenerative neurological and genetic diseases. So for those of you who didn’t believe that such a condition existed, it does! Keep in mind, though, that these types of diseases often have genetic origins, another reason why there is not that much information on these obscure diseases. However, at a time when advancements and discoveries in genetics are so prevalent, Eagleman is confident that more information about this condition will be uncovered soon. Remember, next time you are doing a SAT reading section, don’t forget about the information given in those stories, they could give you insight into potential scientific discoveries!