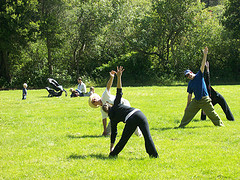 Healing power of the mind

Getting closer to a cure for cancer!