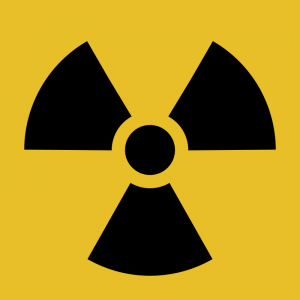 All around us there is ionizing radiation. It comes from the sun as Ultraviolet rays, in medical equipment as X-rays or Gamma rays, or even from lightning bolts. But what is Ionizing radiation and why is it considered so dangerous. Ionizing radiation is a form of high energy that removes electrons from materials that it comes into contact with. When ionizing radiation comes into contact with cells, it damages them by either directly breaking the bonds between DNA or by ionizing water. Ionized water creates free radicals that then move around and damage DNA. The damage DNA then leads to cancer, but it has never been discovered what types of cancer ionizing radiation causes. However the Wellcome Trust Sanger Institute has finally been able to identify two types of DNA damage caused by ionizing radiation. From previous studies, it has been revealed that radiation damage on DNA leaves a specific fingerprint. By mapping the DNA damage found in cancer cells that were caused by radiation and comparing them to regular cancer cells, the scientists found two mutational patterns that were common in all forms of radiation induced cancers. The first pattern is a deletion of small DNA bases. The second pattern is called balanced inversions, which is where a middle piece of DNA is cut out and attached back to the end. Balanced inversions are not found naturally and can only be caused by radiation damage. From this discovery, scientists hope to be able to identify radiation caused tumors against regular tumors. This may help in finding a specific and more effective cure for the different kinds.