Ever wondered why your GPS speaks in a female voice? 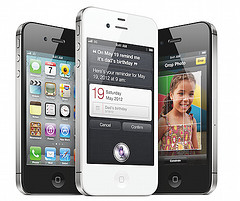 Ever since the new iPhone came out just last week, Siri has become the newest technological innovation on the market. Siri acts as an assistant: “someone” iPhone users can talk to, who can book reservations, and who can even schedule appointments. It seems like the first step toward electronic friends!
Before Siri was purchased by Apple it spoke in a “gender neutral” voice: a voice that was neither male nor female. However, Apple changed that setting. In five of the seven countries that offer the iPhone 4S the voice is female. GPS devices also default to a female voice- except in Germany where a BMW GPS was recalled because men refused to “take directions from a woman.”

But did you ever wonder why your Siri and GPS systems speak in a female voice?

Furthermore, stereotypes play a role. In American history, female voices have been the radio operators. It was women who gave directions to pilots in World War II. Similarly, women have conventionally taken on the role of secretaries and communicators. As a result, GPS systems and Siri systems are taking on a female voice for roles that have been traditionally female. Furthermore, in American movies woman usually take on the role of the “good witch” or other positive character, while evil characters often have a deeper, more masculine voice. However, when the culture is different the stereotypes change, the voice gender may change too: as exemplified by the masculine GPS default language in Germany.