Trick-or-treaters excitedly hoard candy every Halloween, aware of its dangers to the extent that sugar causes cavities. However, sugar’s stealth effects extend far beyond tooth decay. Research shows that consuming high-concentrations of sugar slows down brain function and is detrimental to both physical and mental health. Continuing overindulgences in sugar-laden products may even lead to Alzheimer’s disease. Children, teenagers, and adults need to understand the damages that a high-fructose diet could cause in order to avoid sugar. 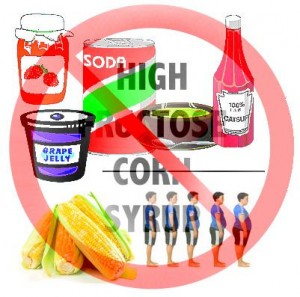 For consumers, sugar is extremely difficult to avoid since it is found in most processed foods in the form of honey, sucrose, and high fructose corn syrup. As soon as sugar is consumed and absorbed into the body, it causes the brain to release hormones, such as dopamine, that generate good feelings. The good feelings from the release of dopamine are temporary. Once the high sugar level in the bloodstream drops, feelings of depression, irritability, or fatigue take over. Sugar thus stimulates the body to intensely crave for more sugar intake.

In addition to affecting the hormones, research shows that sugar-heavy diets causes changes in gut bacteria, which makes the brain’s ability to adapt and switch to new concepts more difficult to comprehend. The gut bacteria influences the way the brain functions, so any change in this type of bacteria is unhealthy for neurological health. The level of sugar intake and cognitive abilities are interconnected; therefore, restricting sugar from entering the bloodstream is an intelligent dietary choice.

The negative consequences of diets high in sugar have been studied and the conclusive evidence shows that sugar is toxic to good health. Scientists conducted experiments on a group of rats to prove that sugar consumption hinders the ability to effectively think. One group was given normal water to drink, while the other group was given a fructose-infused water to drink for six weeks. After the six weeks, the rats were timed to see how fast they could escape a maze. The group that drank the sugar water took thirty percent longer than the group that drank plain water. The researchers ultimately concluded that fructose disrupts plasticity: the brain’s ability to retain short-term and long-term memories and generate new ideas using new information.

It is important for everyone to be aware of the harmful effects that sugar has on the human body. Cavities should not be the thing people worry about when they eat candy, as they are petty compared to the dangers sugar has on the brain. Sugar weakens mental and physical health, and should be avoided like the death it could cause.

Did You Know Stress Could Cause…

Tardigrades and a New Species!