Your Gut Microbiota Could be Influencing Mental Health Disorders: Could Psychiatric Medications Change This?

Newly published research in rodents and continuing research in humans explores the effects of psychiatric drugs, including antidepressants, on the composition of gut bacteria. They have examined how the effects on gut microbiota, typically caused by naturally occurring metabolic changes in the gut, may influence connection with the nervous system rendering some negative effects on mental health. The most common mental health conditions connected to changing composition of the gut microbiome are anxiety and depression.

This comes from a recent study that Medical News Today has released, reporting on different bacteria that play a part in synthesizing neuroactive compounds in the gut. These neuroactive substances interact with the nervous system, influencing the likelihood of developing depression or anxiety. This research has been proved more extensively and directly in rodents, but the research in humans provides similar conclusions, allowing scientists to partially conclude the effects in humans–research on this topic in humans is likely to expand greatly in the near future. 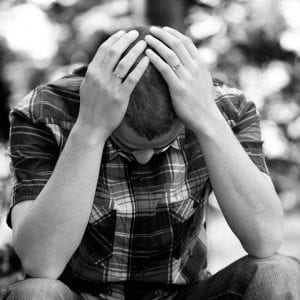 Depression and anxiety could be stemming from your gut.

How can gut microbiota be affected by different psychotropics?

The Study and Results:

Provided this link between changing gut bacteria and mental health, researchers from University College Cork, in Ireland, set out to investigate this in rodents. First, the team “investigated the antimicrobial activity of psychotropics against two bacterial strain residents in the human gut, Lactobacillus rhamnosus and Escherichia coli.“The psychotropics that the researchers conducted this study with included fluoxetine, escitalopram, venlafaxine, lithium, valproate, and aripiprazole.

Then, the scientists studied “the impact of chronic treatment with these drugs” on the rats’ microbiota. The scientists gave the rodents psychiatric drugs for a period of 4 weeks, ending the study by inspecting the effects of the drugs on the rodents gut bacteria. They found that lithium and valproate, mood stabilizers that can treat conditions including bipolar disorder, raised the numbers of certain types of bacteria. These included Clostridium, Peptoclostridium. On the other hand, selective serotonin reuptake inhibitors (SSRIs), fluoxetine and escitalopram (both antidepressants), ceased the growth of bacterial strains such as Escherichia coli.

“We found that certain drugs, including the mood stabilizer lithium and the antidepressant fluoxetine, influenced the composition and richness of the gut microbiota,” says head researcher Sofia Cussotto.

Conclusions from the Study, and what the Future Holds

Dr. Serguei Fetissov, a professor of physiology at Rouen University, in France commented on the study, saying: “At the moment, it would be premature to ascribe a direct role of gut bacteria in the action of antidepressant drugs until this work can be reproduced in humans, which is what the authors now hope to do.”

However, the implications and further goals and hopes of this research is to directly prove that “psychotropic drugs might work on intestinal microbes as part of their mechanisms of action,” says Cussotto

Do you think it is too early to assume a direct connection between gut bacteria and mental health in humans? Comment about this below.