The Science of the Appeal Behind Dark Personalities

A recent study suggests that many people have a mysterious attraction to dark personalities. Specifically, people with traits like Machiavellian, narcissism, and psychopathy. These three traits are called the “Dark Triad” and people with these traits were found to be more attractive than those who were seen to have less of these characteristics. On this surface, it seems bogus. Who in their right mind finds a psychopath to be sexy? However, a quick examination of society proves otherwise. Dark brooding characters seem to be all the rage right now, it’s why movies like the Twilight series sell out (teenage girls swoon over Edward’s moodiness) and why TV shows with characters forced to make morally ambiguous decisions like The Walking Dead are hits.  In the experiment,

Each student was photographed soon after they arrived.  Then, after taking this initial photograph, each student asked to change out of their own clothes and put on a pair of gray sweatpants and a t-shirt…The students were then photographed in this more natural state. Holtzman and Strube showed both sets of photographs to a group of strangers who rated them in terms of physical attractiveness. By comparing the attractiveness ratings of the dressed-down and dressed-up students, the researchers were able to determine how much each student was able to make themselves more appealing through flashy clothes, makeup, accessories, etc.

The students in the study were then tested for the Dark Triad, and the results were confirmed with the friends and family of the students. While there was a definite correlation between attractiveness in the photos of the dressed up students and a high Dark Triad score,

the dark triad score was not related to ratings of physical attractiveness in the dressed-down photos. In other words, people with dark personality traits are not seen as more physically attractive than others when you take away their freedom to wear their own clothes and makeup.

This suggests that people with darker personalities are simply better at making themselves look nice. Do I believe this? To a large extent, yes. The more narcissistic you are, the more you’re going to care about your appearance. 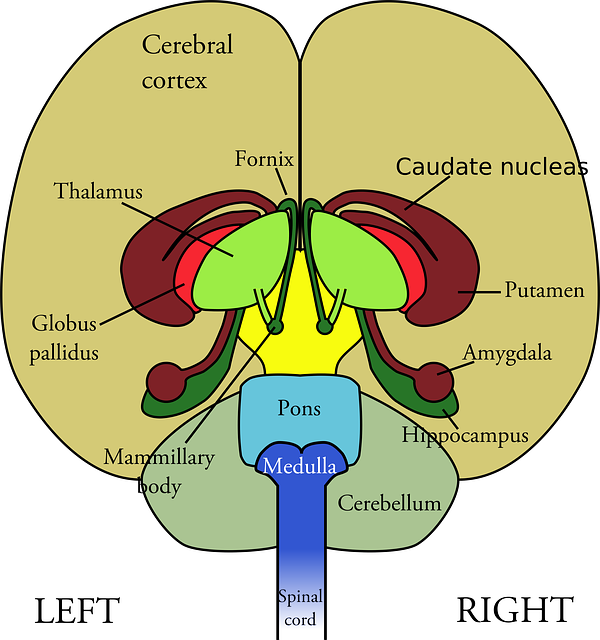 http://pixabay.com/en/view-science-diagram-human-cartoon-40356/
The amygdala is the portion of the brain believed to be responsible for these kinds of personality traits.

The article does add one important point: choose your friends carefully. Social interactions  and the way we perceive others, is a complex mechanism. The amygdala is a small part of the brain that is responsible for much of our social interactions and ability to connect to others. This part of the brain plays a big role in deciding who seems like a potentially good friend and who you may want to avoid. Initially  humans being tend to associate physical attractiveness with goodness and trustworthiness,

As the saying goes: don’t judge a book by its cover.

Just for fun, I took a Dark Triad quiz.  Click on he link to take it yourself. Judging from my score, I should be able to make myself look like Miss Universe. I can’t, in case you were wondering. As with any kind of generalizations such as these, they are never 100%. Leave a comment with your result. Do you agree with it?

The Purpose of Pruney Fingers

That Song’s Stuck In My Head!