I love animals, but I eat meat. 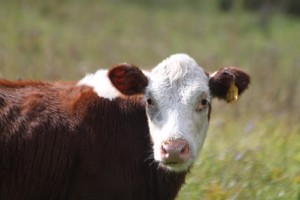 The following is my personal opinion and what I personally believe to be true.

It’s no secret that I love animals. I regard animals as people, I can’t help but look at different creatures and think about how similar they are to us. Animals, any creature of God, has not only the right to life, but also the ability to feel. I truly believe that all animals think and have feelings. The only problem is that humans feel entitled over them and have justified this by separating animals into two categories; pets and food. This separation has been embedded into our habits throughout history. The fact is, however, that whether it is the dog in your house, or the cow in upstate New York, all animals experience happiness, loneliness, and fear. Just because they can’t voice how they feel, doesn’t mean that they don’t feel it. People feel disgusted when they hear about dogs being eaten in other countries, but not usually about the filet mignon on their plate. Our life is composed of a previously balanced ecosystem, the planet Earth. Every ant or seed of grass is needed to remain in equilibrium. Because of the extinction of so many species of animals, and the made-man pollution we have released, the ecosystem, and therefore the environment has changed. Because of the “industrialization” of meat that currently takes place in America, our ecosystem is facing changes that will affect our society. Now I myself love steak, and therefore am not a vegetarian, but I know there’s a problem when I can’t talk about nature or be near my pet birds, while eating meat. Although this is a hypocritical stance, it is something I am personally battling to figure out for myself.

This article explains that Americans should realize the current process of animal slaughter and how an animal ends up being on your plate. It doesn’t preach about becoming a vegetarian, rather it says that people should be conscience and realize the effects this situation has on our ecosystem and on the way we think about animals. The author suggests that people, as a whole, should try to figure out a more humane process of raising and killing animals. We currently “process” hundreds of animals per second. Pachirat, a political science graduate student worked in a slaughterhouse to “understand the normalization of violence…concluded that our isolation from killing allows us to tolerate unimaginably cruel practices simply because we don’t see them.”

Educate yourself on animals and the production of meat, and conclude your own opinions on the subject. While you’re at it, realize that too much red meat is bad for you.

PS. while we’re at the zoo this friday, appreciate the animals and the fact that although many of them might have been born in captivity or placed in captivity to be nursed to health or to be saved, many of the animals were taken from their homes and families and imprisoned behind bars.

Do You Really Want that Third Piece of Bacon?