Can Scientists Create a Brain? 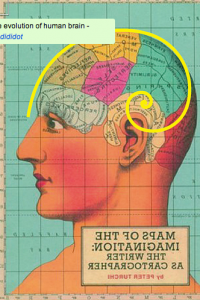 The brain is one of the few things that scientists struggle to understand. For now, the only brain models you could find is one made of plastic or rubber. In a recent study, Viennese scientists Madeline Lancaster and Jürgen Knoblich have created “cerebral organoids”. These “cerebral organoids” are neural balls, about the size of a BB pellet. It is the most complex brain structure that has been created in a lab.

The scientists that created this placed cells in a nutrient broth for two months. After this time, the cells specialized into neurons that can be found in distinct parts of a developing brain such as  hippocampus, retina and choroid plexus, which produces cerebrospinal fluid in the brain. Although they look like clumps of tissue, the “cerebral organoids” had “discrete parts of the cerebral cortex, the outer sheet of the human brain that’s responsible for advanced thought processes.” The organoids also sent electrical messages and some groups of young neutrons moved from one place to another, an activity necessary to populate a brain with neurons. Also found abundantly in this tissue was a stem cell called radial glial stem cells, which is important to keep the number of neurons growing.

In order to create the organoids, the scientist must take human stem cells either from an embryo or from adult skin samples altered to an embryo-like state. The cells grow for a few days in a dish and medium and then moved to a nutrient broth to grow neuroectoderm tissue, the tissue that makes the beginnings of a brain. Then, the researchers inject the cells into a gel that gives a strict,”scaffold” to grow on. The final and most important step was to place the gel droplets into spinning flasks with nutrients. This was important because the “spinning motion distributed oxygen and nutrients to all of the cells in the organoid”  After two months, the cells stopped growing. Although they are still alive, they stop dividing and reach maximum size.

This research gives a very important window into the study of the brain, especially the study of brain development.  Although this information is groundbreaking, the organoids lack many important systems that the brain has.