Blame your Brain for Gluttony

Everyone knows that chocolate is delicious, but usually, humans don’t eat 5 percent of their weight in M&Ms. 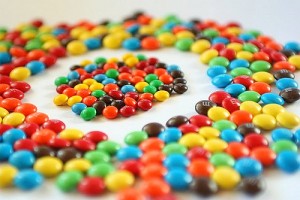 According to a recent study, researchers at the University of Michigan have recently discovered that neostriatum, a part of the brain, is directly linked to the desire to overeat. After a series of experiments and tests, the scientists concluded that a rise of chemical compounds in the neostriatum causes the human or rat to consume food without restraint.

During the first study, the researchers concluded that a rise in enkephalin occurred when the rats began to feed on M&Ms. The scientists studied changes in the neostriatum of rats when they were “at rest, hungry, offered food, feeding and after eating.” The scientists observed that when the enkephalin rose, the rats ran to eat. When they were “full” the rats immediately stopped eating. When the enkephalin rush ceased, the rats’ compulsion to eat also stopped.

During the second study, the researchers stimulated neostriatum by injecting an opioid into it. The result was equivalent to a “68-kilogram human eating three kilograms of chocolate within an hour.” The rats nearly ate 5 percent of their body weight! The rats had to be removed from the M&Ms because they showed no signs of ending their eating spree.

The researchers concluded that the stimulation of the neostriatum’s receptors with opioids led to “extreme overeating.” According to Gary Wenk, a researcher at The Ohio State University, “the study is adding another piece to the puzzle of how the reward system works.” The neostriatum activates the opiate system, which “counteracts the discomfort of a swelling waist and encouraging us to have one more bite.” When the neostriatum is stimulated the subject reacts by overeating.

Even overeating comes from the brain and not the stomach!

Stress is Good for you?