Are the teens on teen mom the only ones? 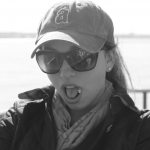 “The U.S. teen birthrate is still among the highest for industrialized countries, however.” This makes me wonder because we may have the most teenage mothers recorded but what about all of the other industrialized countries that don’t always record every teenage birth. Also in the US we consider 19 year olds teenagers but in many other countries any age above 18 is considered an adult.