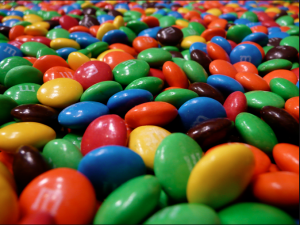 Have you ever had a strong craving for a food that you know is bad for you?  For many of us, we experience strong cravings for some type of food on a daily basis.  Sometimes these cravings are so strong that the particular food we are craving becomes all we can think about or focus on until that food is consumed.  These cravings are usually triggered by something in our environment that reminds us of the specific food and they can lead to overeating.

A recent study, conducted by Carey Morewedge, a psychologist at Carnegie Mellon University, concluded that by imagining yourself eating a specific food, you can reduce your interest in that food and therefore eat less of it. This is known as habituation and is thought to occur naturally when we eat.  Habituation was previously thought to only occur while you are actually eating but Morewedge’s study has found that this can occur through the power of your own mind.

The answer to stopping a food craving does not come by thinking just about how the food tastes, smells and looks, but rather forcing yourself to actually imagine eating the food repeatedly.

The people were then given a bowl containing 1.5 ounces of M&M’s and were told to eat as many as they wanted.  When all of the participants said that they were finished the bowls were taken and weighed.  The results showed that the members of the group who virtually ate 30 M&M’s ate less actual M&M’s then the members of either of the two groups.  This proves Morewedge’s theory that thinking about eating a food has the same effects on your body as physically eating the food with none of the consequences.

If more people become aware of this study, dietary problems such as obesity and type 2 diabetes could be greatly reduced.  This study may also be the key to helping people quit smoking.

The next time you have a craving something sweet or unhealthy try imaging yourself eating it first.  You may be surprised with the results.

You aren’t always that good