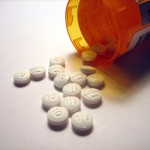 Recent studies have shown that although there seems to be a “childproof” cap that has revolutionized medication safety, children have still developed the ability to outsmart it.

According to this study, more than 34,000 children in the United States are hospitalized due to the ingestion of prescription drugs found around their home. Twelve drugs were seen as suspect, including oxycodone, bupropion, and clonazepam, but most commonly opioids and benzodiazepines, or anti-anxiety pills, which accounted for 45% of the reported hospitalizations.

The study focused on the admittances to 63 different hospitals from 2007 to 2011, and the rate of the amount of children admitted for unsupervised ingestion of prescription drugs. Of these thousands of children under the age of 6, three quarters of them were reported to be between the ages of 1 and 2.

While much of this issue is caused by parents who do not properly secure or put the medications away, researchers are looking for future ways to further protect children from the ability to open the bottles. This includes flow restrictions on the amount of liquid medication intake, as well as unit-dose packaging within the bottles of solid prescription drugs.

This article is interesting because often times we hear about and think of overdosing in a way that highlights the intention of adults, but never the unintentional suffering of children. However, its important to see the dangers of serious drugs on young children, and necessary to make a change! Will society be able to monitor a child’s intake at times when their caretakers are not?