Changing Course: How Scientists Can Update Vaccines With Emerging Variants

SARS-CoV-2 , the virus which causes COVID-19, is changing rapidly, which in turn warrants changes to the vaccines created to slow its spread. This virus is mutating fast, with a new mutation establishing about every 11 days. These mutations may not be different enough to cause an immediate difference, but each and every person who catches SARS-CoV-2 opens more possibilities for mutations. 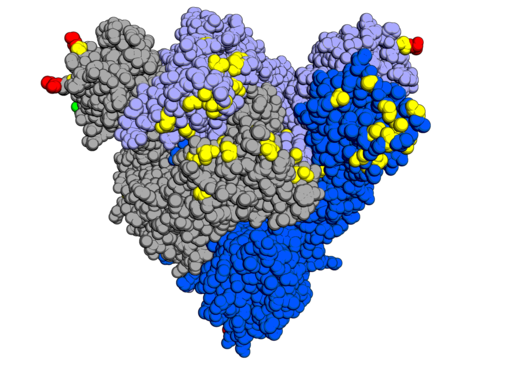 The most recent large variant to be identified was B.1.1.529 Omicron originating in South Africa. The Omicron variant has more than half the amount of mutations as the Delta variant, raising concern among health officials, who fear that the virus may differ just enough from the original for vaccines to be less effective. This fear stems from the idea that the vaccine-created antibodies will no longer be able to recognize the mutated virus’ spike proteins, resulting in an ineffective vaccine.

The current mRNA SARS-CoV-2 vaccines work in a fascinating way. Scientists utilize harmless lab-grown mRNA that contain coded instructions on how to create the SARS-CoV-2 spike protein, and place that technology into a vaccine.

Then, once the mRNA vaccine is injected into the patient, the patient’s cells will create the identical spike proteins, prompting an immune response. As we have learned in AP Bio, the adaptive immune system would eventually churn out antibodies tailored to the spike protein, so any future SARS-CoV-2 virus that enters the body will be neutralized and destroyed, even before it has the chance to infect someone.

Because of this technology, scientists are readily able to create an updated version of the SARS-CoV-2 vaccine within a matter of days, for distribution in around three months. How do they “update” the vaccine? First, the Omicron spike protein is sequenced into their nitrogen bases (A, T, G, and C’s). Once that is complete, scientists use this sequence to create a DNA template. They then mix in enzymes which build an mRNA copy of the DNA template through a process known as transcription.

This process unfolds in a matter of days… so why does it take three months? Creating the physical mRNA for the vaccine takes only three days, but then the vaccine makers need to produce enough mRNA for doses, which would be used the next six weeks in pre-clinical testing on human cells. Once pre-clinical testing is complete and proves the vaccine works as expected, then the manufacturing of the vaccine can begin. The vaccine wouldn’t be released just yet — the next five weeks would be clinical trials and testing, and after that, the updated vaccine can begin rolling out to the public.

Even though SARS-CoV-2 is evolving faster than vaccines can keep up with, past technology was no where near as quick as today’s. In my eyes, being able to produce an updated vaccine in a matter of months is nonetheless a scientific feat. Comment what you feel was a gigantic scientific leap during this pandemic below!