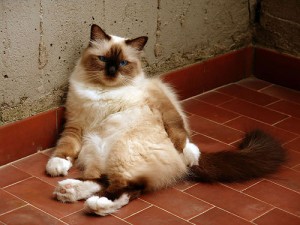 If you’re like me, you hate taking medication: it’s at times completely unnecessary, and who wants the hassle of having to remember actually take the meds?  Well, I have good news for us “lazy” ones: at times when we’re sick doing nothing is actually the best medication!

Have you ever noticed that whenever we have a problem, we tend to think that it can be fixed with some type of medication? Headache? Tylenol or Advil.  Tummy hurts?  A lovely dose of the horrendously pink Pepto should do.  Sore throat? Oh it must be the early symptoms of strep throat–here’s some antibiotics.  Let’s just forget about all medications that exist today–it’d be like how cavemen lived.  They had no medications, no drugs, simply their bodies which kept them alive and healthy for most of the time.  We need to give our bodies more credit–after all, they are made to maintain homeostasis.

According to an article written my Dr. Danielle Ofri, a professor of medicine at NYU, sometimes not taking any medication to alleviate a “medical condition” is actually the best medication for our bodies.  Doctors have the tendency to prescribe medication when they find that something is “wrong” with a patient, and patients likewise want something done when something is “wrong.”  Like everything else in the world, every action a doctor makes has a reaction.  Most frequently, this reaction that occurs from the physician prescribing an additional medication is a reaction within the body of the patient.  Often, especially in elders, there are multiple doctors to one patient, as a result, prescribe multiple prescriptions which sometimes causes detrimental affects to the health of the patient because the medications react with each other and create further problems for the patient, which leads to the prescribing of even more medications.

So, rather than acting immediately, let’s just stop and think for a moment…is it perhaps better to just chill and see what happens? Uh, yeah.  There are some doctors (the super smart ones) who practice this “doing nothing,” and believe “If the patient is doing fine right now, why rock the boat?”  This method is called clinical inertia, which is generally looked down upon, but why?  Dr. Ofri wrote “doctors who tend toward inertia might actually benefit their patients by protecting them from overzealous medical intervention.”  In an article from the American Medical Association, which focused on diabetes, cholesterol and hypertension, it was found that in these three diseases, it is perceived that “lower” is better, but it was found that lower levels in sugar or pressure are associated with higher death rates.

So…what’s the lesson?  Of course not all patients are the same, but when it comes to “fixing” a “problem,” your doctor should understand that there is room to stop and think for a second.  We’re all like balances, and little illnesses act as stones put on one side of the scale creating a bit of an imbalance, and rather than balancing the scale out with medication, we should sometimes allow our bodies to do their thing and balance it out themselves.