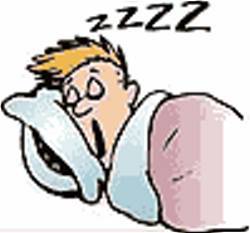 Have you ever had a bad day and woken up the next morning in a good mood?  This is because a recent study has shown that while dreaming at night during periods of REM sleep, the brain is in an environment where the is a low amount of stress chemicals.  The brain being in this state helps to take the strong emotion out of sad or hurtful memories. Matthew Walker, an associate professor of psychology and neuroscience at the University of California, Berkeley has said that “we feel better about the [memories] because we feel that we can cope.”

Walker wanted to figure out if he could use this logic to help people suffering from PTSD.  These peole are unable to recover from their painful experiences even after years of being away from the trigger.  Researchers have found that the overnight therapy does not work well for people with PTSD because there may be many triggers that occur during the day such as a car backfiring that bring back the emotion that was unable to be fully wiped away with sleep. It has also been found that people with PTSD and other mood disorders are not able to get a full night of uninterrupted sleep.

In order to try and help those with PTSD, Walker wanted to learn more about the curing power of dreams so he conducted a study in which 35 healthy adults were divided into two groups.  Both of the groups were shown a series of 150 pictures that were meant to evoke emotion.  While they were looking at the pictures there brain was being looked at with an MRI.  One of the groups were shown the series of pictures in the morning and then again at night without sleeping for anytime between the two viewings. The other group was shown the series of pictures at night and then again in the morning after a

full nights sleep. The results of the MRI were very interesting. The MRI showed that the people who were allowed to sleep between viewing the pictures had a much less significant emotional reaction to them the second time. The part of the brain that processes emotions was much less active which allowed the rational part of the brain to control the emotions.  While the participants slept researchers noticed that there were less stress chemicals in the brain then while they were awake.  This could mean that the emotion from seeing the images was being diminished.

So what does this mean for those suffering from PTSD? Walker found out that a type of blood pressure medicine was able to suppress the stress chemicals found in the brain. When less stress chemicals were present, the PTSD patients were able to have more REM sleep and therefore, reduce the night mares and have a better quality sleep which allowed them to begin to recover.