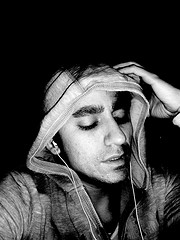 Have you ever felt depressed and you don’t want to take pills to make you feel better? If the answer is yes then you might be in luck. A recent article in The New York Times reports on scientists finding a correlation between some cases of depression and levels of thyroid hormones in the blood. The specific hormones are Thyroxine and Triiodothyronine known as T4 and T3 respectively which regulate a wide variety of things such as body temperature and cognitive functioning. There are two cases which can have an irregular effect on the body. The first is hyperthyroidism which is having too much of the thyroid hormone which can cause a faster metabolism, sweating, weight loss and anxiety. The other case is hypothyroidism which is having too little of the thyroid hormone which can cause physical fatigue, weight gain, and depression which is what Dr. Russell Joffe, a psychiatrist, has been looking into. He says that “treating [hypothyroidism], which affects about 2 percent of Americans, could alleviate some patients’ psychiatric symptoms and might even prevent future cognitive decline.” Patients can be given synthetic thyroid hormones such as levothyroxine if their thyroid stimulation hormone, or TSH, is too high.

This subject is still controversial because it is hard for some doctors to tell what an abnormal level of TSH is since the normal levels can range from 0.4 to 5. This is only a problem if one doctor sees a patient with a 5 and thinks nothing of but if the normal level for the patient is 0.5 then the patient has 10 times as much TSH than they should have. Other cases can be difficult since it is sometimes hard to tell if it is a case of depression or if it is just stress and anxiety instead of mild depression. The research is still being done on trying to get a better sense of how the thyroid hormones and mood link.

While applying to college, be glad you’re not a dragonfly.