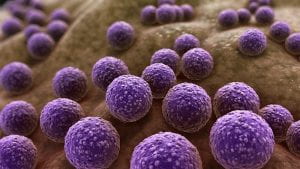 Dozens of studies in the past few years have been dedicated into research on the bacterial microbiome that lives inside of every human being. The cultivation of the microorganisms that live symbiotically inside of us begins as soon as a baby comes out of the womb and is exposed to the world outside of its mother’s uterus. These bacteria are imperative to many, many bodily functions throughout our lives. The link between us and our microbiome is so crucial that a faulty microbiome can easily cause death. An example of how these bacteria are so important is the fact that many molecules we use daily are mainly created by symbiotic bacteria such as Vitamin B and Vitamin K, 75% of which is supplied symbiotically.

The Link Between our Gut and Age

There is a lot of research left for scientists to discover the effects of our microbiomes but one of the most hotly studied aspects of the bacteria that inhabit our gut is their relationship to our age. There is much research showing how our specific colony of bacteria changes over time. One study by Alex Zhavoronkov shows that the specific type of bacteria present at various stages of development stays consist across different people. So consistent in fact that he was able to have a computer teach itself how to predict the age of a subject within 4 years of accuracy based on their microbiome. He noted that of the 95 bacteria he studied, 39 were crucial in determining the age of a subject. This research seems to suggest that the bacteria in our stomach could serve as an accurate biological clock which could be used to analyze the effects of various things such as alcohol consumption, diet and disease have on a persons longevity. The main issue with his study though is that his subjects all represent a sliver of the human population and due to bacteria’s great biodiversity, predicting ages across the globe could be impossible. Yet in any case, the link between our microbiome and our age is certainly a huge possibility.

No. Bacteria cannot reverse the aging process unfortunately. We simply do not have   enough research and understanding of the link between age and the microbiome inside the human body enough to make such a grand statement. However, one study seems to suggest a chance in this strange idea. In this unorthodox study, the microbiome of young Turquoise Kill Fish was added to the microbiomes of older fish of the same species. The results are surprising. The older fish ended up living lives 37% longer than their unaffected counterparts. The reasons are unclear yet the evidence is stark. Could this mean we could put young bacteria into humans and continue to stretch our lifespans to be longer than 100 years? Again, we do not know but only the future will tell what will happen.

How Old “Chewing Gum” Allows Us To See Into The Past