A less known family of proteins called the Apolipoprotein can actually dissolve bacteria that is in the cytoplasm. Researchers at Howard Hughes Medical Institute at Yale discovered the APOL3 in particular had the ability of dissolving a bacteria. An experiment with un-immune cells, cells that are not protected by Immune System, and the bacteria, Salmonella. Salmonella has a double membrane, similar to mitochondria and chloroplasts, making it very hard for cells to kill it. The APOL3 protein, however, “binds to and destroys the inner membrane of virulent bacteria like salmonella and kills them.” APOL3 only removes the inner layer, with the help of an immune protein called GBP1, GBP1 can remove the outer layer and set up APOL3 for the final shot. The way APOL3 dissolves bacteria is by shooting or surrounding the bacteria with APOL3 molecules and it just goes away. This is probably why researchers called it the detergent. The way APOL3 does this scientifically is by possessing “parts attracted to water and parts drawn to fats.” Since membranes are mostly made of lipids, the bacteria is a sphere of lipids and inside are its organelles. The APOL3 binds to and destroys the lipid membrane, releasing all the cytoplasm organelles out and killing the bacteria. APOL3’s method of dissolving must dissolve some other parts of the cell right? Well, APOL3 actually has a selective target, targeting bacteria lipids and not attacking cholesterol.  As we learned in class, cholesterol is a lipid which is part of the plasma membrane as well as the building block of other steroids. Because APOL3 cannot target cholesterol, our human cells are safe. 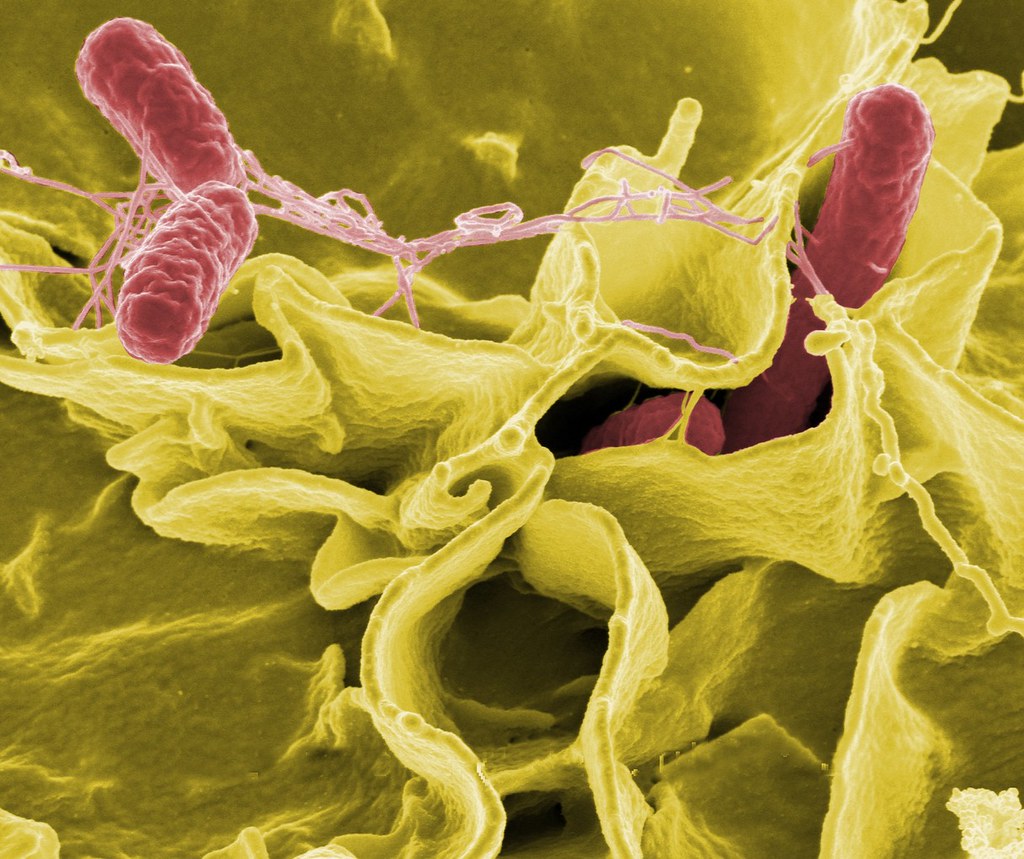 “Salmonella” by National Institutes of Health (NIH) is licensed under CC BY-NC 2.0

APOL3 is a very diverse protein and allows it to be around the whole body. Humans have a very strong defense system, having the Immune System as well as detergent like proteins around the body, lipid based bacteria will have a hard time in our cells.

Robert Malone: The Man Behind the Ideas for the COVID Vaccine