Somewhere between the time of early hunter-gatherer humans, and the present-day humans living in modernized Western societies, the human gut biome lost much of its diversity. New research has contributed another clue as to the evolution of the human gut biome.

An international team of scientists studied the fecal samples of an intermediary group between hunter-gatherers and Westernized humans. The Bantu community in Africa is a traditional, agricultural population that has incorporated some available Western practices, including the use of antibiotics and therapeutic drugs. 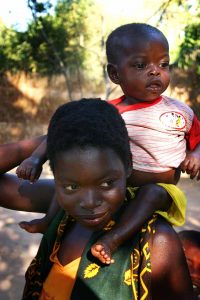 The scientists compared the Bantu gut biomes to those of the BaAka pygmy population, who resemble early hunter-gatherer populations and have no Western influences, and to the gut biomes of humans living in modern, Westernized societies.

By analyzing the sequence data of the three human biomes, the scientists placed the Bantu’s biome composition in between the BaAka’s and Westernized humans’. The Bantu shared similar bacterial species as the BaAka, but lacked many of the traditional bacteria that the BaAka possessed. In fact, the BaAka had such a different biome composition that their gut more closely resembled wild primate biomes!

Based on the functions of the variable bacterial groups between the three populations, the team hypothesizes that the boosted carbohydrate-processing pathways in Bantu and American biomes is a result of the sugars in our diet, whereas the BaAka do not have much access to such foods and thus do not have such bacterial populations.

Ultimately, the scientists have accepted that our diet contributes significantly to our gut biome composition.

Parents Take Warning: Antibiotics Can Be Harmful to Infants