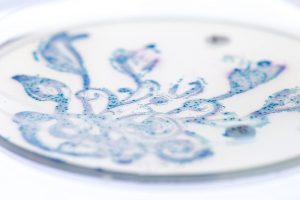 The human gut microbiome is a system specially revolved around the genetic makeup of an individual person. These gut biomes are the subject of many studies by scientists who are interested in the small world of bacteria living inside of our stomachs and its relation to our health or illness. Many humans have the ability to recognize a healthy or unhealthy human gut microbiome, however, is it possible for a computer to have this same ability? According to the impressive research results developed by a group of scientists at the University of California San Diego, it is possible for a computer to be trained to differentiate a sick gut microbiome compared to an unhealthy one.

In order to reach this innovative conclusion, these scientists utilized metagenomics, a gene sequencing technique, to break up the DNA of hundreds of microbes residing in the human gut. The scientists took gut bacterial samples from the stool samples of thirty “healthy” and thirty “unhealthy” people. The unhealthy people whom had samples taken from them were either diagnosed with autoimmune Inflammatory Bowel Disease. With these 60 samples total, the scientists were able to sequence 600 billion DNA bases and put the information into a computer. After that, the scientists underwent a complex process of translating reconstructed DNA of the hundreds of microbes into thousands of proteins, which were then categorized into thousands of protein families. The tedious differentiation and categorization of certain proteins allows the scientists to see the activity of the bacteria and then program it into the computer so it, too, would be able to recognize these proteins and bacteria. Bryn C. Taylor, One of the scientists involved in this research says that, “You can try to categorize healthy and sick people by looking at their intestinal bacterial composition…but the differences are not always clear. Instead, when we categorize by the bacterial protein family levels, we see a distinct difference between healthy and sick people.” Incorporating this method of distinction with the storage of healthy and unhealthy patient data into computers is an effective way of “training” a computer how to detect a sick or healthy human gut due to a distinguishable difference in bacterial activity, protein presence, etc..

Overall, it seems that these scientists at the University of California San Diego have made groundbreaking progress in the future usage of computers in the detection of an unhealthy or sick human gut microbiome. Do you think the development of a computer’s ability to detect a sick gut will be ultimately more beneficial to the world of health and science, or will it just be an unnecessary new trick that computers can learn? The next time you feel like you’ve got a stomach bug, you just might be scheduling an appointment with a computer instead of your doctor.