Parents Take Warning: Antibiotics Can Be Harmful to Infants

Antibiotics are the marvel of modern medicine. They have brought about incredible medical advances, treating bacterial diseases and helping to prolong lifespans in modern times. But a new study conducted by researchers at the Massachusetts General Hospital and the Broad Institute has shined a light on the potential negative effects antibiotics can have on an infant’s health. 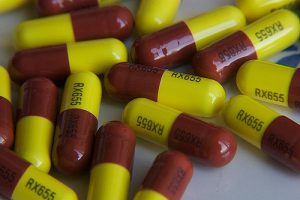 The study, conducted in partnership with a team of Finnish researchers, took monthly fecal samples from 39 children from birth until they were 36 months old and analyzed the sample using standard, RNA sequencing procedure to identify different microbes. During the study, 20 of the children had taken antibiotics for respiratory or ear infections ranging from 9 to 15 treatments over the course of the study. From this data, the researchers could analyze the diversity of the gut microbiome of these participants with respect to their antibiotic usage.

The researchers had chosen to analyze the effect antibiotics have on the gut microbiome in young children because of the pivotal role antibiotics appear to play in human health during early development. Low diversity in the early years of life of this collection of bacteria residing in the intestines has been linked to allergies and autoimmune diseases.

The results of this study show a decrease in the diversity of the microbial gut populations in infants who took antibiotics. This was even more pronounced when the infants were marked with a specific signature low in a bacteria known as Bacteriodes (this decrease in Bacteriodes has been speculated to be linked to Caesarean section births in the past but the researchers found this rationale to be inconclusive as well as another rationale that prolonged breastfeeding led to a stronger gut microbiome with higher levels of Bifidobacteria).

When the infants had taken antibiotics, a single strain of bacteria tended to rule their gut with only a few species surviving. On the whole, the gut microbiomes of these participants were less stable and had higher levels of antibiotic resistant genes.

Don’t get me wrong: antibiotics are an incredible innovation that has saved millions of lives. But, be careful in thinking they are a cure all. They’re side-effects might be more harmful than you think, especially in children.

How does this research change your perception of antibiotics?