Pockets Galore! Pockets of COVID-19 Antigens are Stuck in the Body and are Causing Long COVID

Do you know someone who has long COVID? It turns out that they may have pockets of SARS-CoV-2 hiding in their body!

Researchers at University of Colorado’s Anschutz Medical Campus have found in a recent study that patients who suffer from long-term COVID symptoms (called PASC) have 100x more SARS-CoV-2 specific T cells than those who have recovered fully from the virus.  This discovery suggests that the virus itself lingers in the body, not that symptoms continue even after the virus has left.

This evidence will allow doctors and researchers to shift the mentality surrounding treatment of PASC, as prev 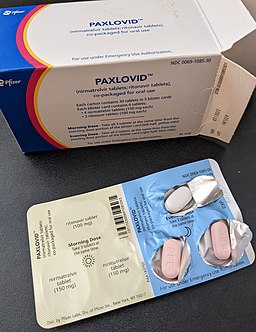 iously the only option was to treat exclusively the symptoms.  The shift has led them to antiviral medications (such as Paxlovid) and vaccines, both of which use adaptive immunity to their advantage.  The study found that the body’s natural adaptive immune response focused on systemic inflammation, pulmonary symptoms and reduced lung function because of the high levels of T-cells in the body.  The T-cells are very important in the primary stages of the infection because they help identify and destroy infected cells, however after controlling the infection, it creates longer symptoms, along with continued shortness of breath and lung damage.

About 20-30% of patients infected with COVID developed PASC.  Over the course of over 500 million COVID infections, healthcare systems are pressed to support 150 million patients with lasting symptoms, so a solution is a priority for physicians.  The upcoming solutions’ primary goal is to clear the virus from the body entirely so that T-cell levels decrease back to a normal level.

The next step for the researchers is to continue to do research on the differences in lung cells between people with PASC and people who have not had COVID.  They claim that this research is vital because the “kitchen sink symptomatic treatments have not solved the problem” (Palmer).

How Having Allergic Asthma Can Protect an Individual From COVID-19