Know Someone addicted to Opioids or Painkiller? This Biomedical Advancement May Be Able to Help.

First and foremost, the opioid crisis effects Americans nationwide. The United States is facing a major health crisis that rarely is even mentioned on the news. In the last 20 years(1999-2020) National overdose deaths involving any opioid have risen by more than a factor of six. Nearly 70,000 Americans died in 2020 rising by over 44% since just 2017. Whether given after a major surgery or sports injury, the addictive nature of opioids combined with the difficult side effects have left researchers looking for a better solution. 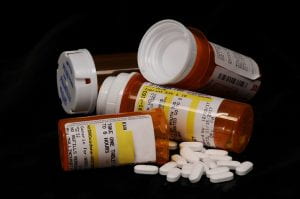 The general goal for this research was to target different receptors in the cell to do away with the harmful side effects of opioids. An international team of researchers led by the Chair of Pharmaceutical Chemistry at Friedrich-Alexander-Universität Erlangen-Nürnberg (FAU) are “focusing particularly on the molecular structures of the receptors that dock onto the pharmaceutical substances”. In short, they are looking to activate adrenaline receptors instead of opioid receptors.

Researchers looked at the central nervous system to discover receptors in cells that lacked the sedative effect. While many of these adrenaline receptors are involved in pain processing, few have been cleared for use in therapies. This is where a team of researchers from Erlangen, China turned their attention to the adrenaline producing alpha 2A adrenergic receptor. One problem is that the analgesics that target the alpha 2A receptor produce a strong sedative effect. Gmeiner, one of the researchers, quotes “Dexmedetomidine(an analgesic) relieves pain, but has a strong sedative effect, which means its use is restricted to intensive care in hospital settings and is not suitable for broader patient groups”. 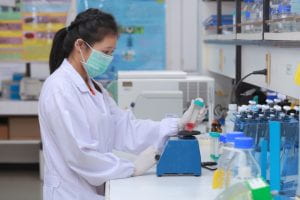 The goal for the researchers was to separate the sedative effect from the adrenaline receptors to ensure that this therapy could be used on a wider scale. Through the use of extremely high-resolution cryo-electron microscopic imaging, researchers were able to develop agonists that like Dexmedetomidine send large amounts of adrenaline to the brain thus, revealing  the sensation of pain very well. But, the real development was the “fact that none of the new compounds caused sedation, even at considerably higher doses than those that would be required for pain relief.”

In AP Biology, we have looked at the active transport of molecules through the phospholipid bilayer of the cell. Using ATP energy, cells in your body are able to move particles from a high concentration outside the cell to a lower concentration inside the cell. One process cells use to move these particles is Receptor Mediated Endocytosis. Specific ligands (ions, small molecules, or proteins) bind to a coated pit in the receptor while the receptor matches the ligands shape. Next, the ligands pass through the phospholipid bilayer and are put into a coated vesicle to be transported around the cell. A similar process takes place when receptors receive pain relieving drugs.

The prospect of removing the addictive and violent side effects of opioid use through the use of adrenaline receptors sounds promising, but it is important to keep in mind that this is still just research in the lab. With enough funding and time, the possibility of saving thousands of lives by developing non-opioid pain medication is a very exciting advancement and worth the investment.

Can extinct animals be resurrected?