Cancer is one of the hardest diseased to fight. If a tumor begins to grow inside of a patient, they may be given drugs to fight off the corrupt cells. The problem with this is that the cancer cells could become immune to these drugs. Through the use of CRISPR. In Novel Crispr imaging technology reveals genes controlling tumor immunity, a new way of fighting cancer is revealed. Instead of targeting the whole tumor, Perturb-map marks cancer cells and the cells around cancer cells. Once this is completed, it is able to identify genes controlling cancer’s ability to become immune to certain drugs. 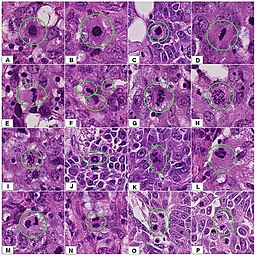 To fight cancer cells, scientists use thousands of CRISPRs at the same time. This identifies every gene in a sequence and allows them to be studied. Through Perturb-map, scientists can now dive deeper and find where the cell immunity to drugs originates. A certain pathway in the cell is controlled by the cytokine interferon gamma or IFNg, and a second is by the tumor growth factor-beta receptor or TGFbR. When the cell had a gene with TGFbR2 or SOCS1, the latter of which regulates IFNg, tumor cells grew. When the cell lacked one of these, it shrunk. Moreover, it was discovered that tumors with SOCS1 were susceptible to attacks by T cells, but TGFbR cells had immunity against them. This stayed true even when both types of cells lived in the same environment. With findings like these emerging more and more, the future of cancer treatment is looking brighter than ever.